Home News Dialogue DIALOGUE: The secret behind the shoes

For the second DIALOGUE of the year 2013, ACADEMIA SUPERIOR invited world famous mezzo-soprano Elina Garanča to talk to Markus Hengstschläger about her Life and Work. More than 400 people came to Linz Castle to follow a humorous conversation about music, parenting, work and family. Furthermore, she revealed the secret behind the title of her newly released book called “Wirklich wichtig sind die Schuhe” (What’s really important are the shoes). Garanča’s first book describes her life between worlds: east and west, children and career, talent and discipline, and how she made it from Latvia to the world’s grand opera stages.

“Academia Superior is going a rather unusual way at its seventh DIALOGUE. Today it’s not primarily about science, but about singing and culture. With our today’s guest, a connoisseur of many stages, is on a completely different stage today: Not singing, but in dialogue – about life, future and – shoes”, launched ACADEMIA SUPERIOR chairman Michael Strugl the event.

For Garanča, eight months pregnant with her second child, parenting is a central theme in her everyday life: “Children also have to experience disappointment and learn how to deal with it”, said Garanča and also pointed at the importance of musical experiences for the growth of children: “Playing a musical instrument, whether it is a wooden spoon or a violin, stimulates the brain of a child”. She learned from her own daughter, that “children who are musically active, are more bright-eyed and happier”, she said.

When asked if her profession is at the same time her hobby or only work, she replied: “It’s a hobby, which I don’t want to exercise every day.” The stage-evenings with which she is really satisfied are very rare. But when there is an evening were everything fits and everybody is in harmony and “you have the audience in the bag with your voice, then it’s like the drug, which an artist is always looking for”. She and her husband, the conductor Mark Chichon, try to combine their two careers and their family as best as possible. Also she tries not to be separated from her child for more than ten days and from her husband for more than two or three weeks in a row. Although they try to make as much as possible together in their professional-life, their private-life has relatively little contacts with their profession: “Most of our real friends are not part of the music business”, she tells.

The secret of the shoes

What about the shoes? Markus Hengstschläger wants to know. “The shoes are to be understood as a symbol for earthiness”, explains Garanča, “if one is connected to the soil, it gives you security and one can go easier through life. This brings road grip, cause: you have to be connected firmly to the ground first, before you’re able to fly”.

Because of their children, as well as the better balance between work and family, she and her husband are thinking of moving their center of life to Austria in the long term. “Vienna is an ideal city to develop intellectually”, she says and emphasizes that it’s important to learn the language of the country in which one wishes to live – alone for the reason not to sit alone at home in the evening.

By the way, she herself has learned her first German-knowledge by watching German talk-shows and using a dictionary.

“What really matters are the shoes”

Garanča’s first book deals with her life between the worlds: between East and West, between child and career, between talent and self-discipline. She describes her personal life-journey, coming from Latvia to the world’s stages and always wanting to get to the top. But she also offers an insight into her role as a loving mother and on her daily live off stage – on her true self. 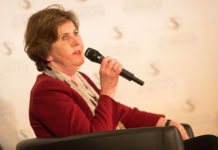 Culture holds a society together

You have to be firmly connected to the ground to be able to fly. - Elina Garanca 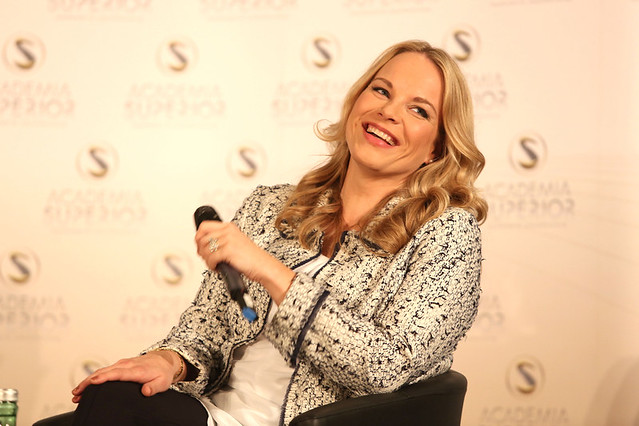