The meaning of disaster fictions

Eva Horn is a cultural studies scholar and university professor of modern German literature at the University of Vienna. Her new book “The Future as a Disaster” will be published in June 2014. She was one of our experts at the SURPRISE FACTORS SYMPOSIUM 2014 in Gmunden and illuminated, from her cultural studies perspective, how our society deals with possible future and disaster scenarios and how this is reflected in our literature and movies. She also spoke about why we like to imagine future visions, how serious one can take such fictions and which functions these scenarios could have for today’s politics.

The role of post-apocalyptic scenarios we see more and more often in books and movies is complex. Mankind has always told such stories – older examples would be the Revelation of John in the Christian New Testament or the Germanic twilight of the Gods. Today, almost no week goes by without a new apocalyptic movie in the theaters. The simpler perceptions of a general threat in the past have shifted to a situation in which we are afraid of many possible future crises but do not know which one will become reality. In this situation, fictions in books and films can help:

Even scientist who are trying to build up more resilient structures, are practicing in inventing possible future scenarios. It is merely a gradually different kind of fiction than we find in literature.

The Dark Side of Humanity

Viewing such disaster-narratives from a historical perspective, it becomes obvious that they always reflect both the worst fears of their era and its state of information. In these fictions mostly a dark picture of humanity is reflected:

The Good Side of Humanity

But there are also counter-examples. E.g. in computer games there is an emerging trend of games which require the cooperation of players. These internet games (in short: MMOGs – massively multiplayer online games), where hundreds of players have to cooperate to achieve a goal, can be seen as big social experiments whose outcome is not yet clear.
In these fictions one can see which characteristics real heroes or leaders need. Fictional heroes are persons who show us how to stay humane in an environment that actually doesn’t allow that. These heroes have three abilities: 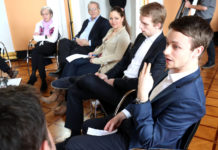 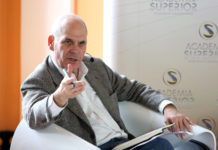 We need to transcend borders 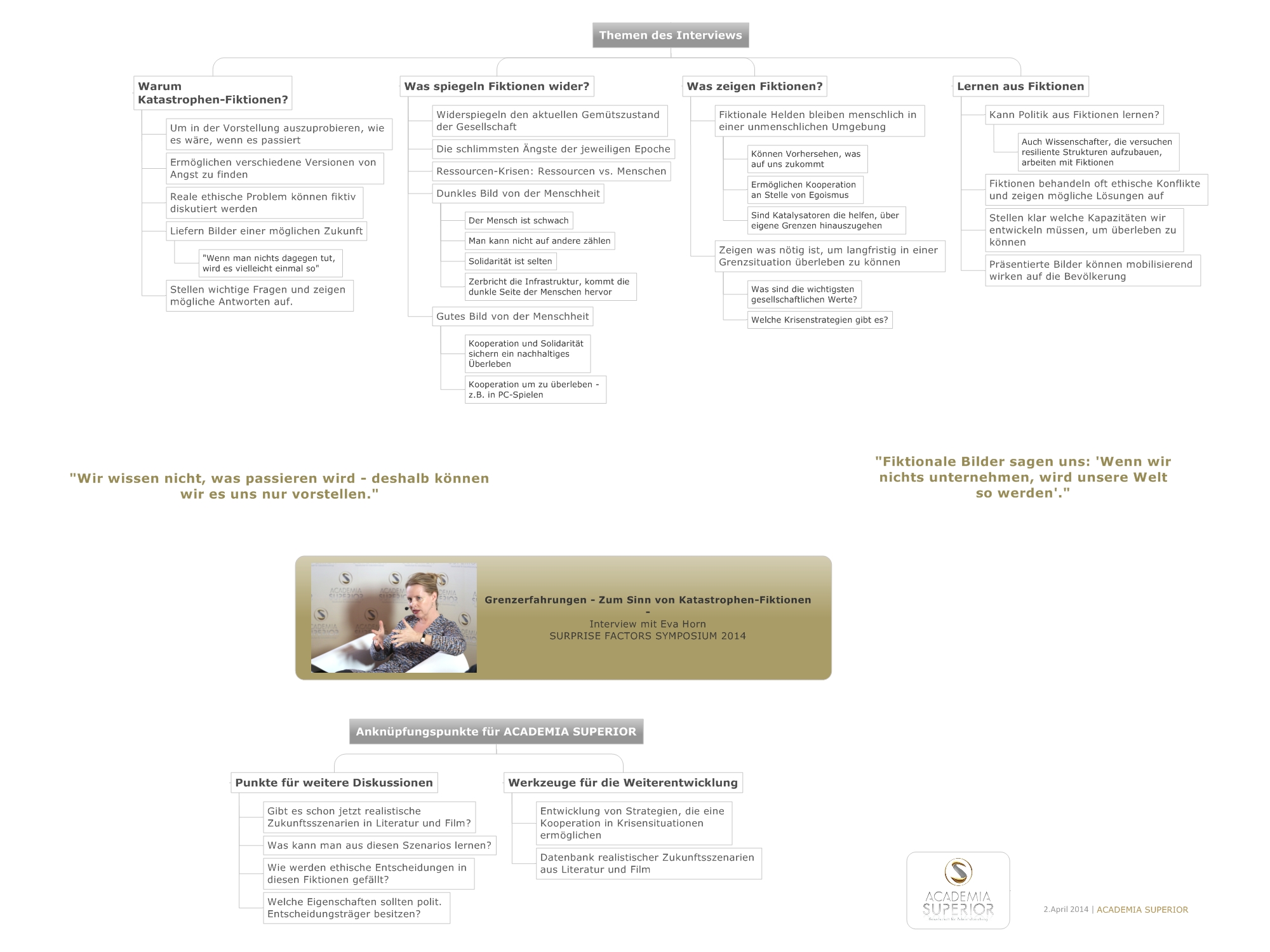 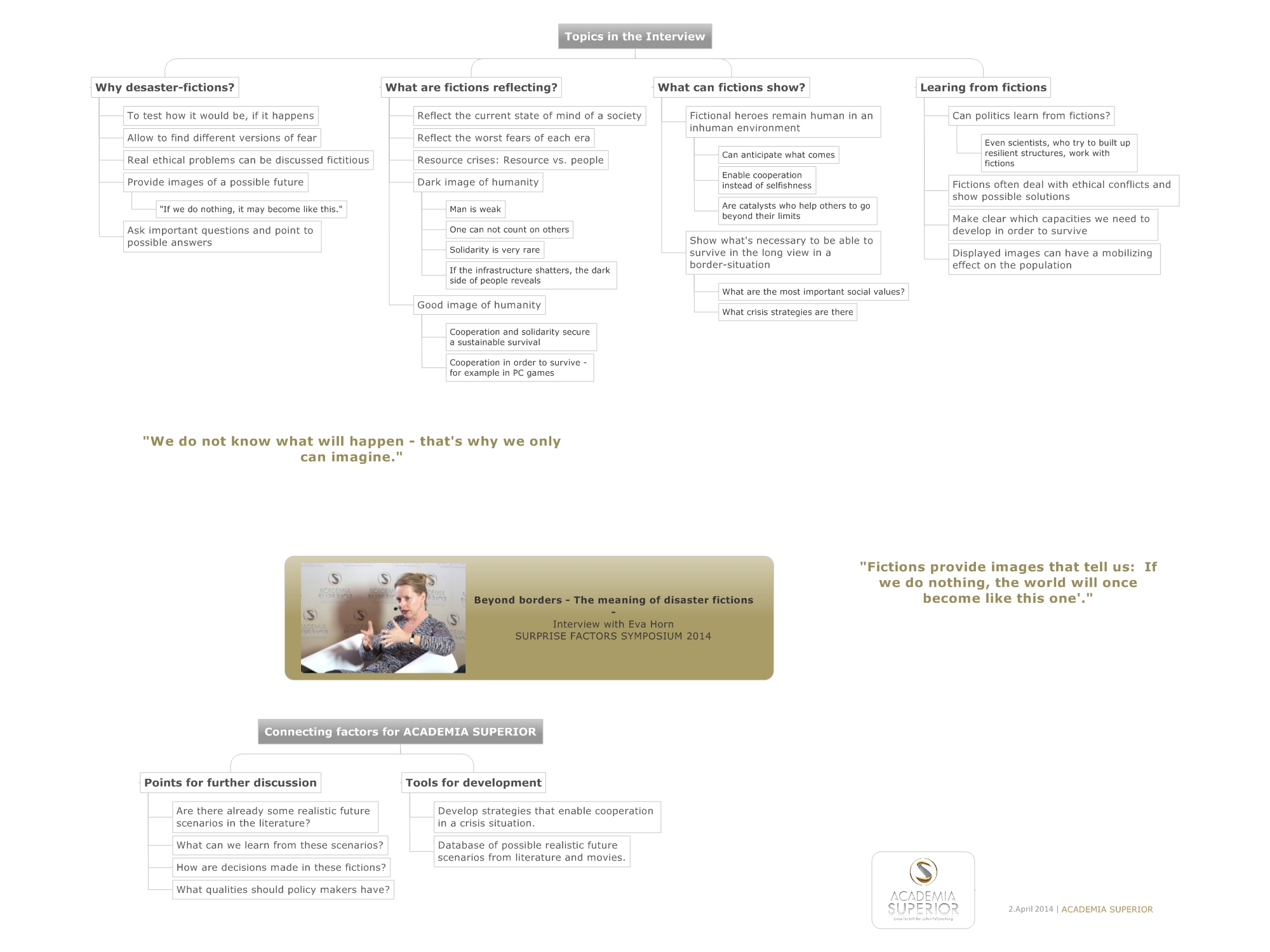 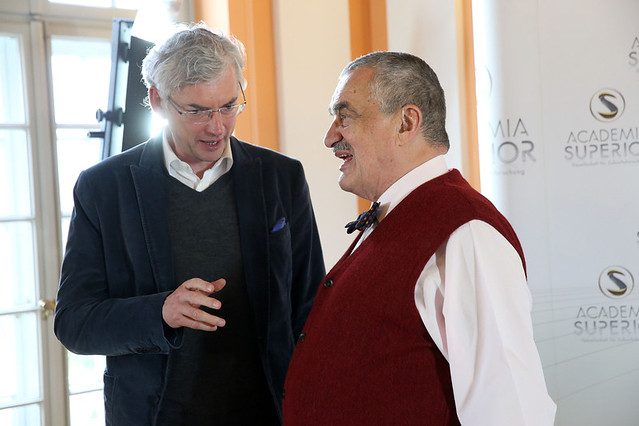