Mortality from measles disease varies, depending to medical care between 0.1% with very good and 25% with poor medical care. The World Health Organization has set the goal of eradicating measles worldwide by 2020. The only way to get there is a worldwide vaccination coverage of 95% of the population.

A successful example in this regard are the USA: In 1963, a measles vaccine was first authorized. In the following years, the number of infections dropped rapidly, as the following graphic illustrates:

In 2000 measles were officially declared eradicated in the US. Local measles outbreaks, however, occur again and again, as the virus is brought in by travelers from other parts of the world.

In Austria, the measles vaccination has been provided since 1974 in the national vaccination plan. But only since 1994 does the vaccination consist of two parts. Only from this, one can be regarded as immune. For this reason, cases of measles infection occur with people who have already been vaccinated once.

Between 2007 and 2016, 32 million measles vaccines were administered worldwide. During this time, 19 recognized vaccine damages were recorded. The risk of dying from a measles disease, even with very good medical care, is therefore, with 0.1% considerably higher than risking possible vaccine damage with 0.0001%.

Why did we choose a graphic from the US for this Insights? In Austria, measles diseases have only been reported since 2001. Therefore, there are no long-term domestic data series, whith which one could see the effect of the introduction of the vaccine in the 1970s as clear as in the data from the US. 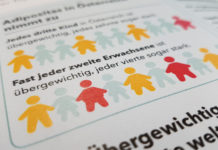 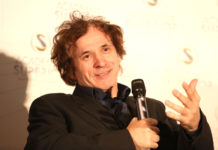 Courage is the most important thing in research

The New York Times: By the Numbers: Vaccines Are Safe