Artificial intelligence and digital technologies were the focus of the 9th Surprise Factors Symposium of ACADEMIA SUPERIOR. The invited experts discussed the risks and opportunities of technological developments and the use of data that are left as a digital footprint on the Internet. The results were presented at the PLENUM with more than 700 visitors in the Toscana Congress Center.

“We are pleased that as keynote speaker of this year’s symposium we have been able to win psychologist and data scientist Michal Kosinski. He has been featured in a sensational article titled ‘I’ve only showed that the bomb exists’ in which he showed that with today’s data analysis capabilities the behavior of people is not only predicted but also influenced. This has actually been shown at the last US presidential election and the Brexit vote, which both have been taken a completely different outcome than expected”, emphasized chairman Michael Strugl in his speech. “It is a highly dramatic development that the results of social behavior analysis are used not only for commercial purposes but also to influence political decisions”, Strugl said.

“It’s not about who is stronger or smarter, the machine or man, but how we can use technology to make a positive future. And this is where Upper Austria is also supposed to actively participate, so it is good that a new study program for Artificial Intelligence has been created at the Johannes Kepler University in Linz, which also deals with research in this area”, emphasized Governor Thomas Stelzer in his speech. “I am very much in favor of using and further developing these fascinating technologies in Upper Austria, bringing together artificial and human intelligence in order to meet the challenges of the future”, Stelzer continued.

His provocative thesis, that privacy is an obsolete model, Prof. Michal Kosinski underpinned with concrete facts: “We all leave a digital footprint with our activities on the Internet, already in 2012, an individual had produced a data volume of 500 megabytes per day. And according to forecasts, there will already be 62 gigabytes per day in 2025. And it takes only 250 Likes on Facebook, so that an algorithm can assess a person as well as his or her life partner”, said Kosinski.

“I too am concerned about data misuse, but I’m convinced that 99.9% of the algorithms are used positively to help people. That’s why I believe that we have to accept that privacy is a thing of the past and that we should more focus on minimizing risks and maximizing benefits”, emphasized Kosinski, adding: “Only if we accept reality, can we discuss the necessary politics.”

“Privacy is an illusion. The sooner you accept reality, the sooner you can reasonably talk about the necessary policy.” – Michal Kosinski

In the following panel, the journalist and digitization critic Susanne Gaschke, the robot researcher and designer Nadia Thalmann, who has created a social robot named Nadine who is also capable of emotional behavior, as well as the geneticists and Scientific Director of ACADEMIA SUPERIOR Markus Hengstschläger discussed under the moderation of Melinda Crane.

The German journalist Susanne Gaschke warned against “digital dumbing down” and pleaded for intensive “technology impact assessment” to reduce the risks of digitization: “We often use the digital possibilities out of sheer convenience, without sufficient consideration of their negative effects: The online commerce for example leaves the inner cities deserted, increases the traffic problem and the huge amounts of data require higher and higher storage capacity with corresponding power requirements”, said Gaschke.

Robot researcher and designer Nadia Thalmann emphasized that robots must also have rules limiting their behavior: “Even if robots will never really feel and can only simulate emotions, we still have to anchor their behavioral limitations in their software”, said Thalmann.

Markus Hengstschläger, Scientific Director of ACADEMIA SUPERIOR, argued that humans should not implement everything that is technically or scientifically possible. “It’s also up to politicians to slow down technological development in such a way that humans still come along with it”, underlined Hengstschläger.

After switching from politics to the business sector, Michael Strugl now also handed over the presidency of the Think Tank ACADEMIA SUPERIOR, which he founded together with Markus Hengstschläger, to Vice-Governor Christine Haberlander. “I am looking forward to this new task and invite everyone to develop the future a little further with us”, said Haberlander. 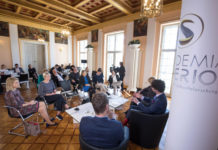 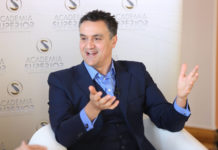 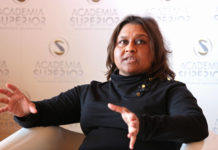 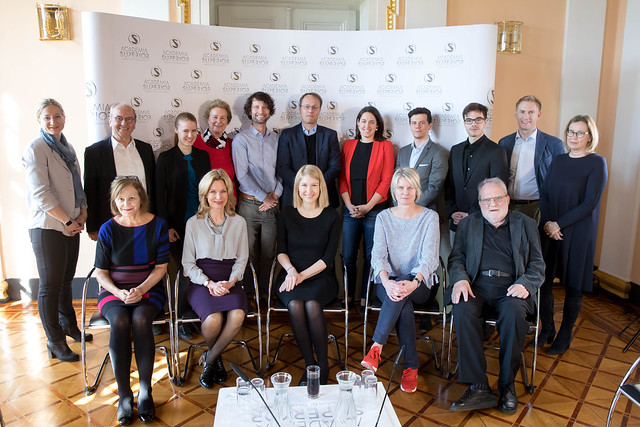 To the content and videos of the evening event

The success of the 9th SURPRISE FACTORS SYMPOSIUM is also due to the friendly support of hali gmbh, Energie AG and the province of Upper Austria. Thank you for that!